Shizuoka Prefecture is well-known for exemplifying Japan's traditional landscape. The Traditional Tea Grass Integrated System of the prefecture is a long-practiced agricultural production method that conserves biodiversity. It was recognized as the Globally Important Agricultural Heritage Systems (GIAHS) by the Food and Agriculture Organization (FAO) of the United States in 2013.

Shizuoka's Traditional Tea-grass Integrated System preserves biodiversity. The System is an agricultural practice in which grasses in chagusaba are cut and spread on the furrows of tea fields.

Moreover, the system improves the soil environment by:

▸ which in turn improves the flavor and aroma of tea.

It is an extremely rare example in the world that people in the region not only try to grow high-quality tea but also make an effort to protect biodiversity. 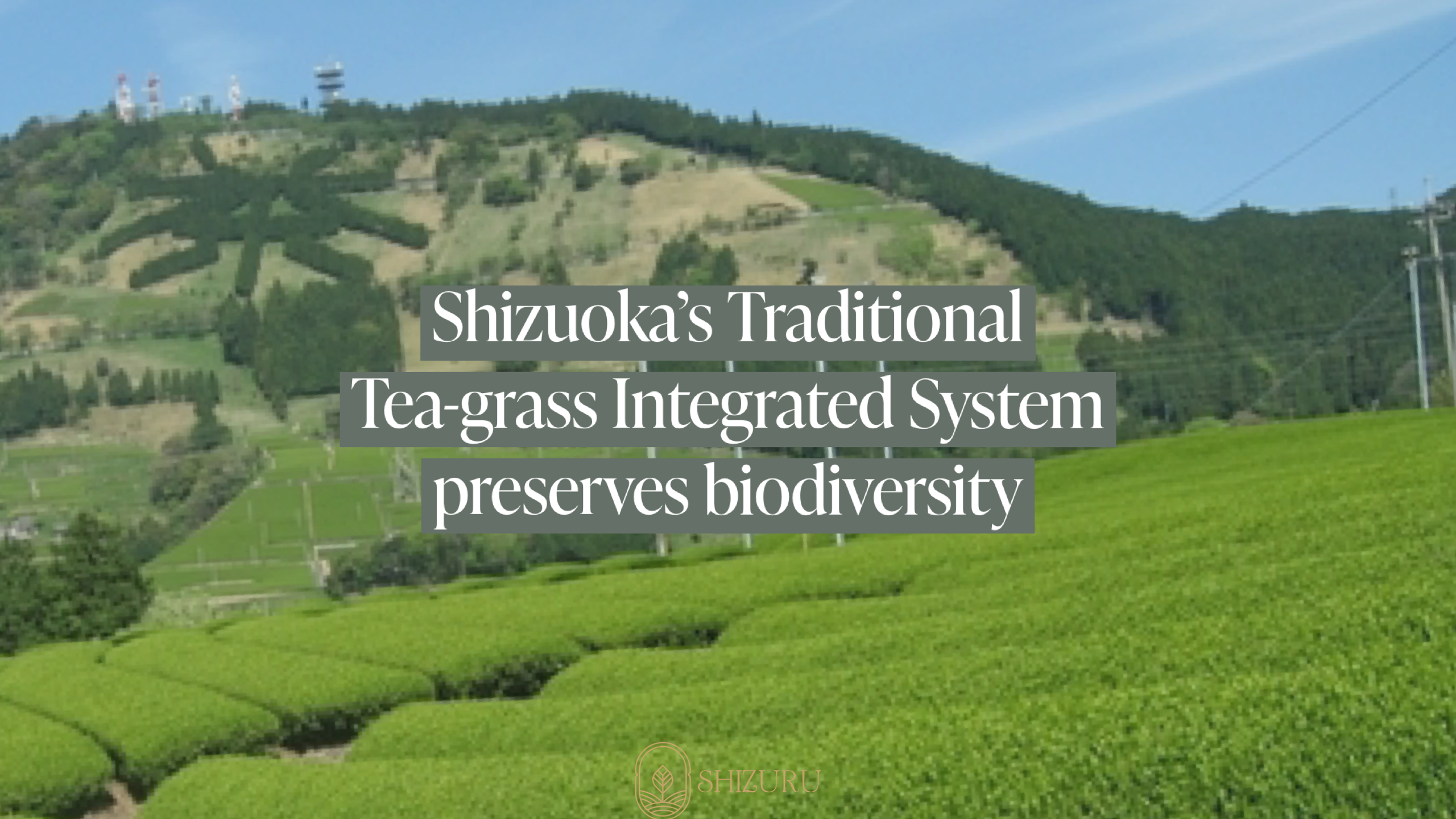